What should we do when we are confronted with a bad news story or negative perception of the industry or milk prices are rock bottom (or under the rock that marks rock bottom)?

Bad news happens. Unfortunately, the New York Times ran a water pollution story that really wasn’t more than a couple paragraphs along with a few pictures of people. The paragraphs portrayed the dairy industry as a villain that is destroying the water we drink and harming… Continue

Can "energy as a national security issue" position effect Cap and Trade?

I attended the Energy Security as National and Economic Security forum sponsored by IUPUI’s Lugar Center for Renewable Energy and the Pew Environmental Group, where Senator… Continue

Fellow Wisconsinites,
I encourage you to invite your friends, family and even the milkman to join Proud to Dairy. We are just 9, 8, 7... people away from overtaking Pennsylvania in Proud to Dairy membership!

Pennsylvanians,
The challenge has been set. Try to keep up!

Ardath DeWall’s kitchen became the setting for part of an episode of the new American Agri-Women TV show. Ardath, a dairy producer from Shannon, Illinois, was asked to highlight her involvement in promoting and representing the dairy industry and to discuss some of the programs that others can get involved with.

The soon-to-be-aired TV show, which will come out this fall, will be a series of informative… Continue

A little birdie told me A little birdie told me
By: Ryan Curtis

I’ve done my best to keep up with the changing times. Well ... for the most part. It took me awhile to get on Facebook, and I did that through my comic strip character – CityBoy – instead of my real identity. I still have relatives that refuse to make CityBoy part of their friends.
Now I am on Twitter. @ProudtoDairy is the name and sharing tidbits about what is new with Proud to Dairy… Continue

This is a video clip of someone's interview with Mat Haan, the coordinator for the pasture-based dairy project that they are starting at Michigan State University. It's pretty interesting.

I thought it would be good to share this video with our community. I have attached a link to a website that shows a video about a dairy farmer in Vermont that rebuilt his dairy after it burned down. I have heard of others. Please share their stories. It's part of being Proud to Dairy. 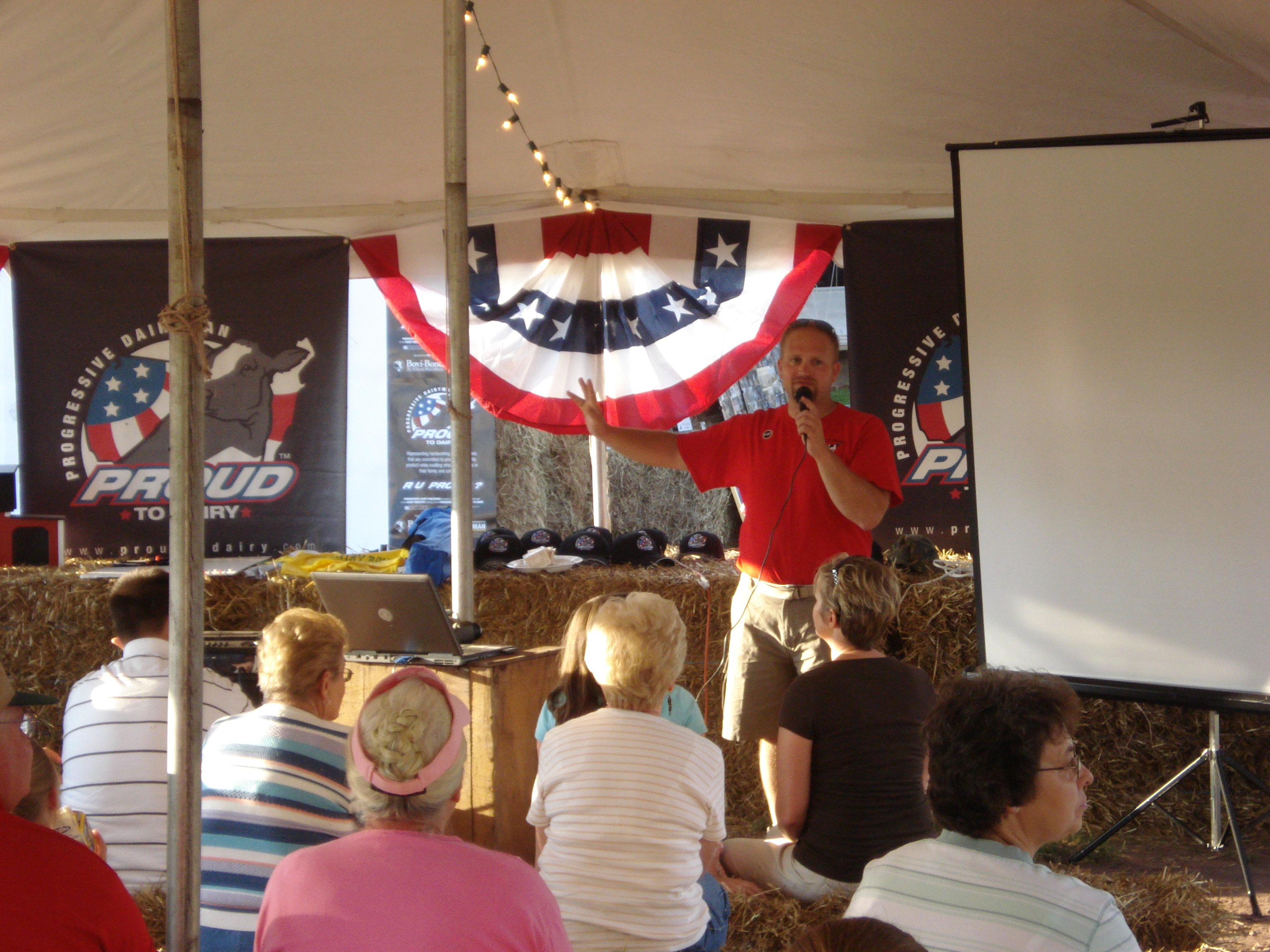 Pictures and story by Jessica Rose.

County Field Nights are a long held tradition for the Pennsylvania Holstein Association. The county clubs organize the event at a different farm each year, allowing you to see various operations. Every summer producers look forward to spending the evening judging cows, winning door prizes, eating a catered meal and socializing with other local dairy farmers.

On the evening of July 9,… Continue

Yesterday I talked to a dairy producer from the Netherlands. He is the president of the Global Dairy Farmers, and he owns a 280-cow dairy farm. With the manure from their farm, they are supplying electricity to 1800 homes. They are also working on a project to use methane, or green gas, as a replacement for oil. Below is the link to a video about their farm.

OUR NEW BLOG IS http://schartnermotorsports.blogspot.com/

Action at the Races for Schartner Motorsports!

We have had an unfortunate couple of weeks, but we are still very optimistic about the season overall. The 6th of June was the first race of the Bond Auto Parts Triple Crown Series, with $1000.00 to win the event; it drew a lot of competitors. Our day started with carburetor troubles but we were able to fix the problem, and make it out for qualifying. We started… Continue

Was just wanting to know how to go about getting one
of the new Proud to Dairy T-Shirts? Thanks, Keri Beth

When an employee of the American Dairy Association contacted Alyssa Holter about giving a tour of her family’s dairy farm, at first, she was a little nervous. “We have never actually done a tour of our farm for anyone other than our friends who stop by every once in a while, so to have the opportunity to show people outside the industry what dairy farming is all about seemed a little… Continue

Schartner Motorsports is Proud to Dairy 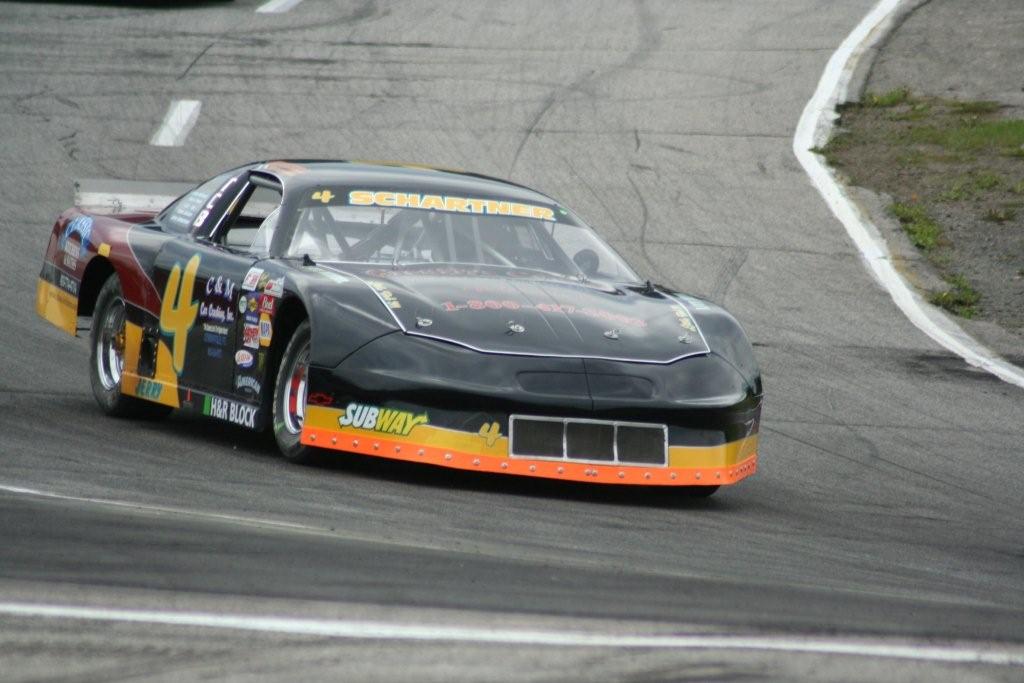 Schartner Motorsports is an auto racing team based out of the small town of Lyndonville, Vermont. We currently race at Riverside Speedway in Groveton, New Hampshire and are excited about racing at larger tracks. Our team is extreemly family oriented, with strong ties to farming. We are hoping to have the Proud to Dairy campaign join us for the 2010 season, so that we can show off the Proud to Dairy… Continue 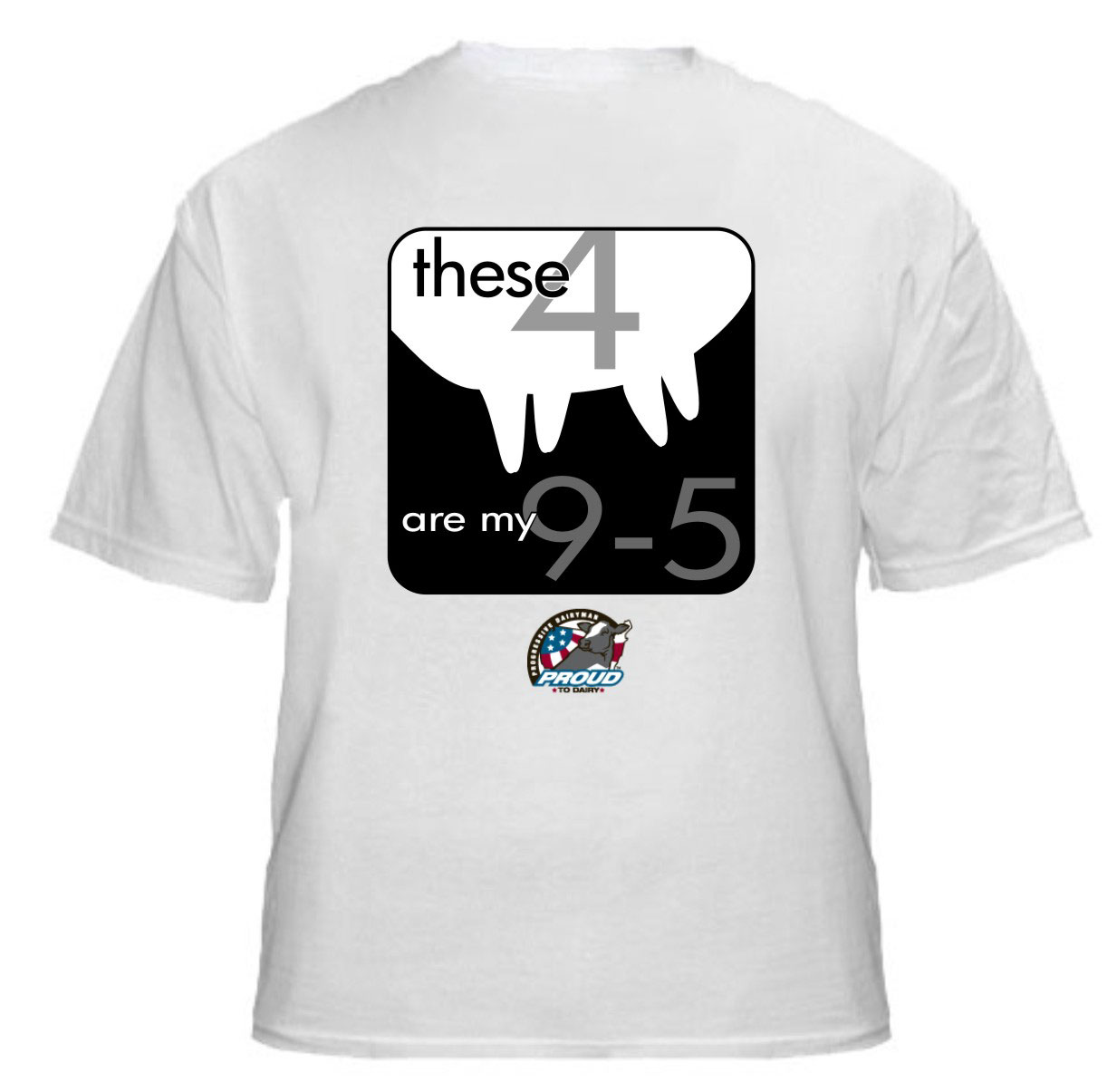 We want to give a special thanks to Janelle (Wiersma) Thorpe of Twin Falls, Idaho, for her winning contribution to the T-shirt design contest. She will receive a ceramic Proud to Dairy mug.
We had some very creative ideas and welcome all to go to proudtodairy.com and check out all the submissions.
As of June 1, the shirts had a combined total of 239 views. The winning shirt had an average vote of 4.5 out of 5 stars. The winning shirt design… Continue

A view of the future

I'm the editorial intern at PDP. As part of my job I have been able to write feature stories about students in the dairy industry. I've been able to talk to students and professors in dairy science programs all over the place. I've learned so many interesting things and talked with so many interesting people. I've especially learned a lot about the university dairy herds.

I think it is neat that there are student-run university dairies. I can't think of a better way learn the ropes… Continue

The state of California is divided into districts, each with its own Dairy Princess. We all do our part to represent the dairy industry in our area. I am the District 5 Dairy Princess so I cover San Joaquin, Sacramento, Yolo, El Dorado, Contra Costa , Alpine and Amador counties. All year I have been going to schools giving presentations on how we get our milk, taking a calf to farm days, and going to fairs. I have also done other things like Ag Day at the Capitol and I attended a Stockton… Continue

It takes a special kind of person to dairy and farm.
Some attributes of dairyman:
Dedicated
Hard Workers
Passionate
Proud
Family Oriented
Intelligent 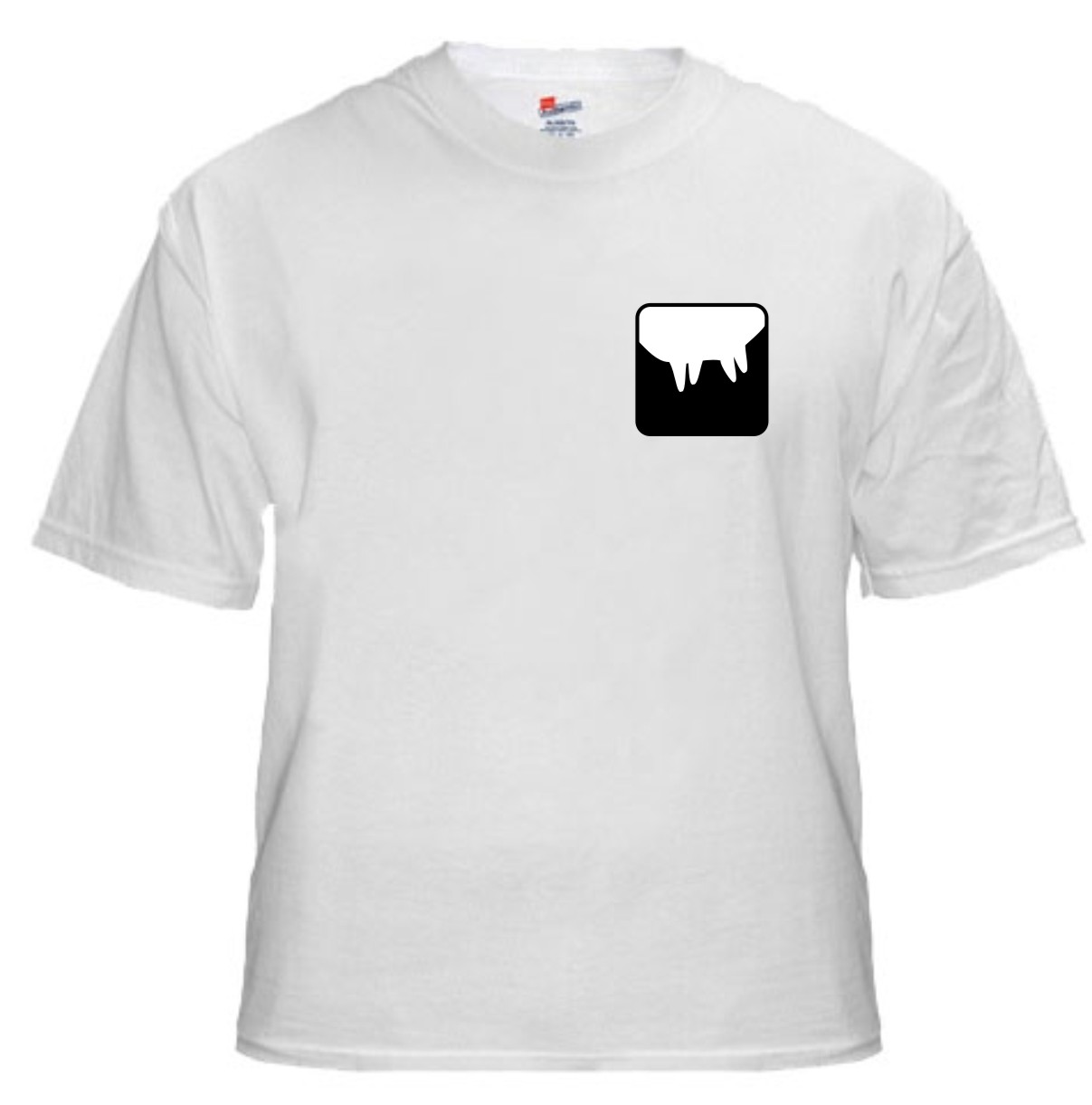 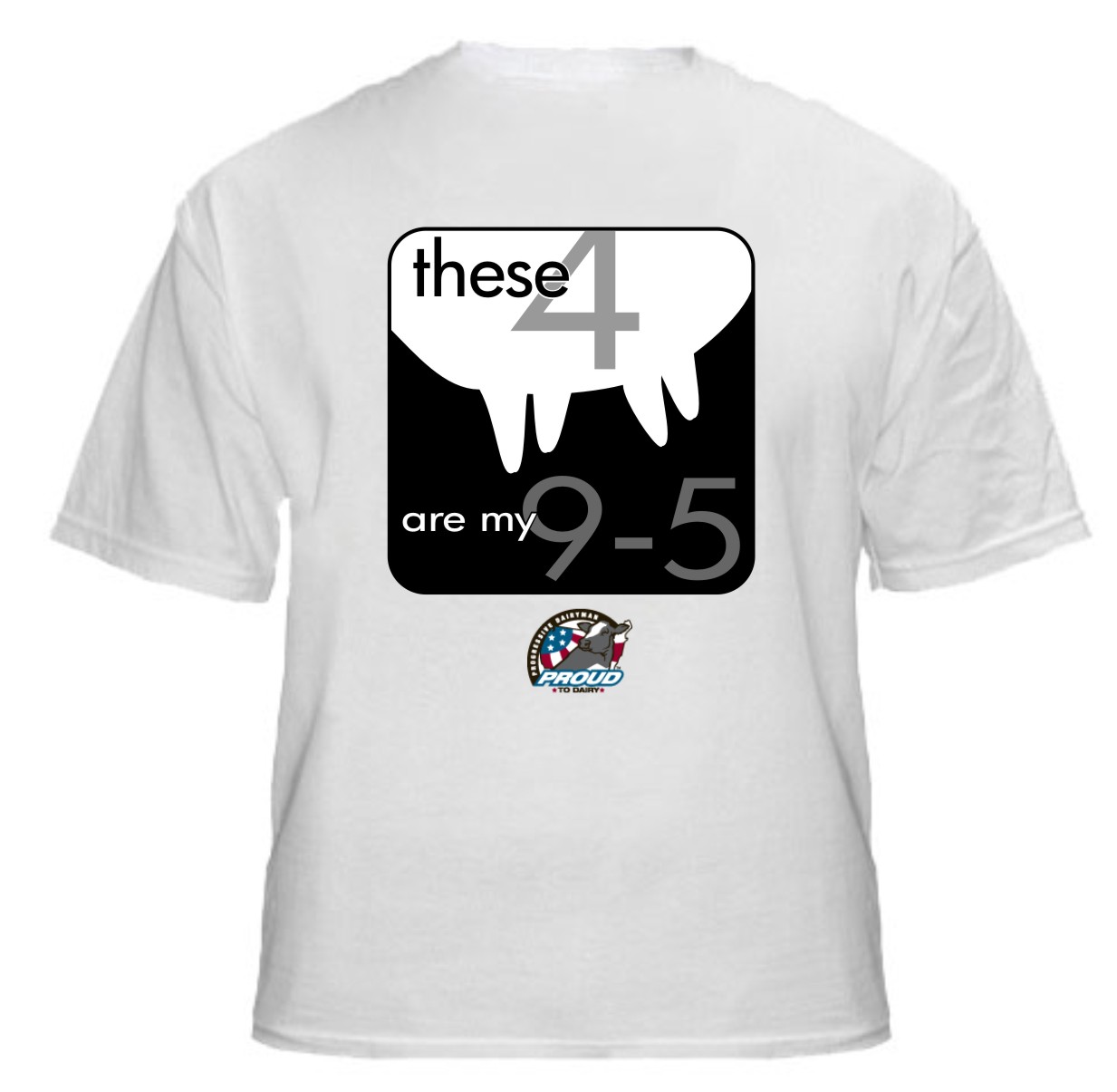 Just the other day I was looking in the grocery store at the prices of food. I hear perople complaining all the time that food is expensive. If you stop and think about it is cheap. People dont realize how much work goes into making that gallon of milk, corn, beef, and etc.. And all this food is of high quality. I find it sad how disconnected the general population is with agriculture.