Lauren and Jake are my two good friends who helped me with my Flavor Face-Off video.  They are both town kids.  They didn't know anything about dairy before I introduced them.  They knew I had "moo cows" and thought they were cute.  Jake got all excited one day when he had just got boots and wanted to wear them out to the farm when we went.
I take them with me some times on weekends to do chores while we are hanging out together.…
Continue

Oklahoma: the land of MILK and honey

Oklahomans are survivors.  It's not easy, but we work at it. The great seal of the state of Oklahoma features our state motto “Labor Omnia Vincit” which means, “Labor conquers all things.”  Oklahomans are really hard workers.  We work and establish and build and grow and expand.  When disaster strikes, we…

The Gift That Changed My Life

Topic: What's the best Christmas gift you ever received? What made it so special?

I guess you could call it an early Christmas present.  When I was nine, my Godmother and her brother gave me an Ayrshire calf.  I bottle fed it and took care of it and worked with it and trained it.  I watched it closely.  I vaccinated it.  I treated it for scours. …

Our November issue traditionally highlights women in dairy. Which dairywomen do you look up to? What qualities do you admire?

I look up to all dairy women.  A lot of them work right alongside their husbands, and they also have to take care of the home and kids and sometimes even have a job in town, too.  Then there are some dairy women who do all that AND travel to the shows for their family to…

Thank you, Proud To Dairy!

Just a few things I got good use out of at the Tulsa State Fair. 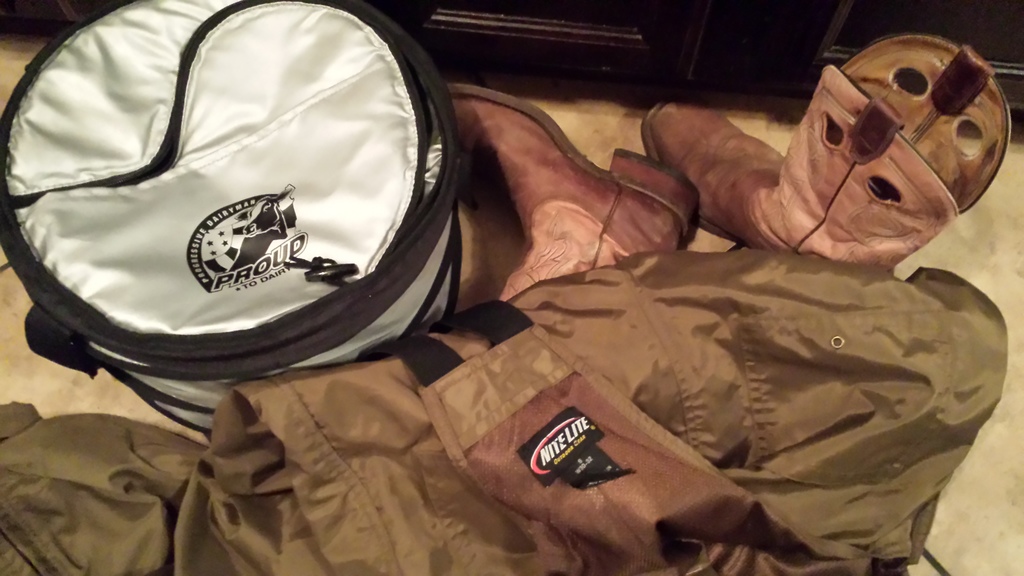 Thanks, Proud To Dairy, for my awesome cooler!  It was just the right size for the journey!

I'm sure it'll be hard to choose, but what has been your favorite memory from a cow show?

Probably my best show memory was the 2012 Heart of America Southwestern Brown Swiss Show.  It was my very first national show.  I just had one Swiss that I could take, JUICY.

She placed sixth in her…

"My Crazy Circus BALANCING ACT" - or "My Life"

August 2013:  “What are some of your secrets for balancing all that you do? How do you prioritize all of your activities and responsibilities?”

My parents and I laughed pretty hard at this topic when we read it.  My big secret is my Mom.  She is the master of the clock and the calendar.

***Here is a page from this last year, and here…

A great big THANKS to everyone who voted for me and Braum's Chocolate Chip Cookie Dough ice cream for the regional competition! I'm celebrating with a little...you guessed it, ICE CREAM (you already know what flavor)!!! And what better way to get the maximum mouthful than to use my new Flavor Face-off ice cream scoops!!!  Who needs spoons?

To wash it all down,…

“Tell us about the video you created for Karma and the Idaho dairy campers. What feedback did you receive?”

I got an email May 20th from Karma Fitzgerald.  I know of her from her blog posts on Proud To Dairy for Progressive Dairyman, but I never thought I would get an email from her, and I would have NEVER guessed that she (or…

This parody is GREAT!!!  Thanks to Dairy Carrie for posting the link!

So get online right now and vote for my favorite in the 2013 Flavor Face-off...or you might open your eyes in the middle of the night and see this face staring back at you!  … 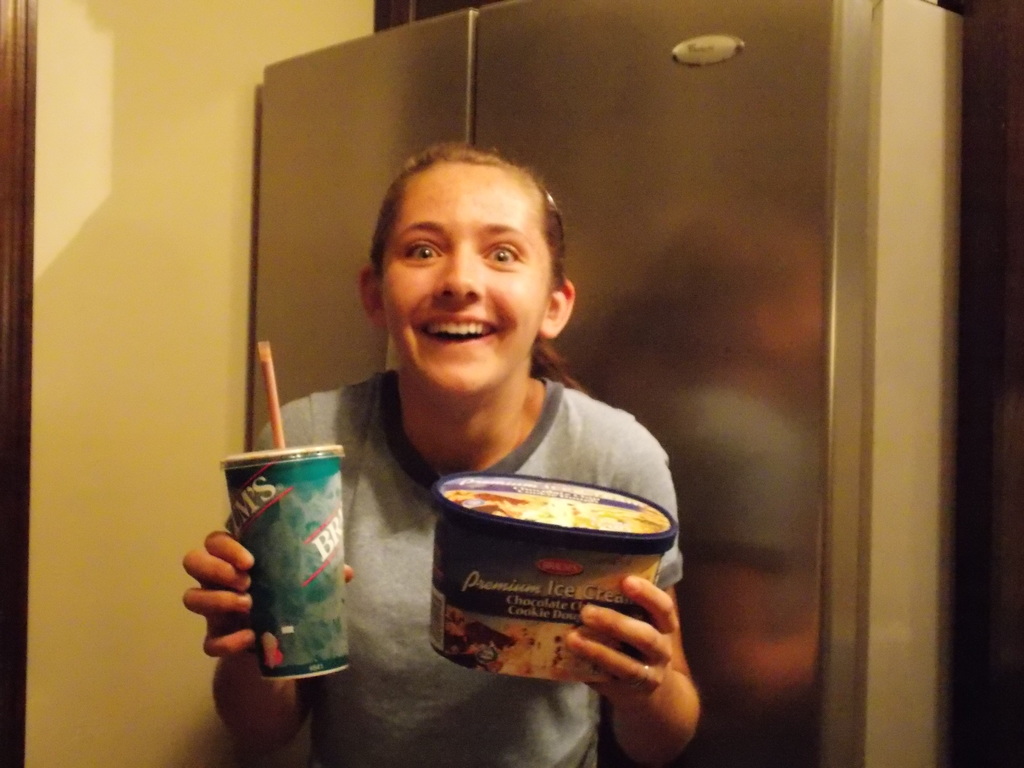 June 2013:  What has been your favorite dairy promotion? (Could be one that you have participated in, one that you attended and/or one that you read about and would like to try to do someday.) What did you like about it? … What would you say has been the most important thing you've learned from raising your own dairy animals?  (If you can't pick just one, feel free to do a "Top 5".)

1. Dairy animals can even…

April 2013:  What's the best piece of advice anyone has ever given you when it comes to showing cows?

The best piece of advice was being told to remember that “YOU are responsible.” This has come from every direction since the beginning.

I AM RESPONSIBLE FOR…

Talk about a connection you've made because of the dairy industry. It can be a new friend, someone your own age; a mentor who has or will help you pursue your dairy goals; or a 4-H leader or teacher you're grateful for.

I have made a LOT of connections in the dairy industry and other industries that support it.  I am extremely blessed…

I’ve been on TV twice.

The first time was an…

One of my favorite dairy families

I love the Van der Laans.  They are some of the sweetest people I know.  I have been waiting for someone to tell their story to the world, and finally here is just a tiny little piece about their amazing lives: