Penn State Collegiate CattleWomen, Dairy Science Club and Block and Bridle remind Students that without farming we will have no food

University Park- In keeping with tradition Penn State students in the College of Agricultural Sciences once again joined forces to put on an amazing showing of their support for animal agriculture. This year marked the 4th anniversary of Meat-In Day an event originally started by Penn State Alumnus and former National Beef Ambassador Christie Molinaro.

This year’s festivities were entrusted to the capable hands of Allison Bardella, Collegiate CattleWomen Beef Promotions Chair and Christiana Graver, Meat-In Day Chair Block and Bridle. The duo planned for several months following the blue print left by Molinaro to obtain donations and funds from numerous agricultural organizations and businesses.

It all came together for another successful day of promoting animal agriculture. On Thursday March 18th, 2010 clubs about 175 students from the College of Agriculture Sciences donned their No Farming, No Food, Know Farming, Know Food 2010 Meat-In Day T-Shirts as well as their BEEF t-shirts from 2009 Meat-In Day to show their support around the campus. Thirty to forty members of four major college student organizations came to help with the event that established as a proactive response to the Great American Meatout Day, which celebrated its 25th year anniversary.

These members from Collegiate CattleWomen, Block and Bridle, Dairy Science Club and EARTH House passed out 1,000 cheese sticks, 200 lamb sticks, 1,500 pork sticks, as well as 1,700 pieces of beef jerky and 200 pieces of lamb jerky at the student union building in the afternoon as well as in the dinning commons in the evening. Students passed out 1,100 educational flyers with each product stating the benefits of eating a few of the different animal commodities we consume on a daily basis.

Students enthusiastically took pictures with the ever popular and famous Patty Melt and enjoyed learning about what producers do on a daily basis to take their food from the pasture to their plate, through conversations with members. 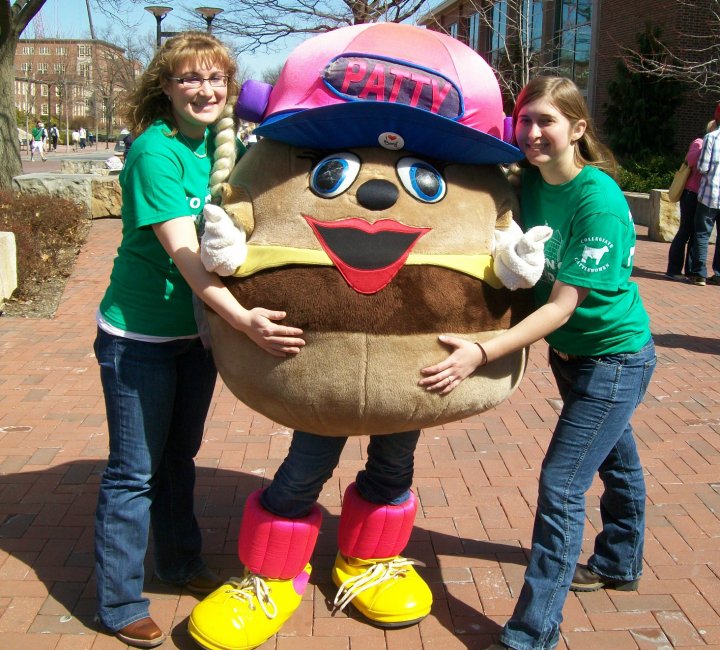 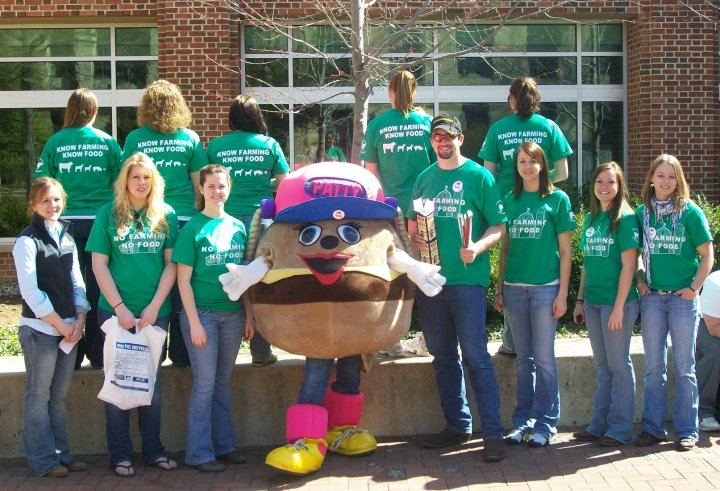 For those looking for even more info about Meat-In Day, check out this video interview with another PSU student, Jami Willard.

You can also check out my blog from last year's Meat-In Day and read the comments from PETA supporters.