I'm sure it'll be hard to choose, but what has been your favorite memory from a cow show?

Probably my best show memory was the 2012 Heart of America Southwestern Brown Swiss Show.  It was my very first national show.  I just had one Swiss that I could take, JUICY.

She placed sixth in her class.  Not too shabby, but the big thrills were still to come.

Jr. Showmanship was quite an event.  There were over two dozen of us.  We circled and circled.  The judge divided us in two sections in the south half of the ring.  Then she had us circle again.  Then she divided us again in the center.  Then she lined us up.  We stretched the entire length of the ring side by side, and I was on the end as  CHAMPION!!!  I can't describe how good I felt about my abilities being able to win such a large event and at a NATIONAL show! 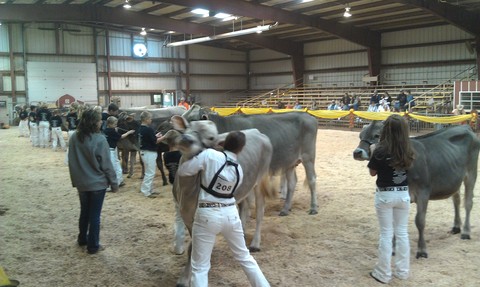 I got an embroidered blanket and my very first belt buckle!  It is pewter with a beautiful scene of Swiss on a dairy farm. 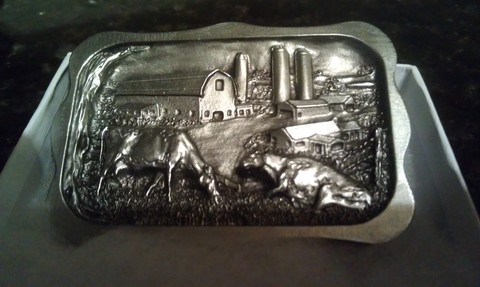 Also at that show, my team got a Herdsmanship award! 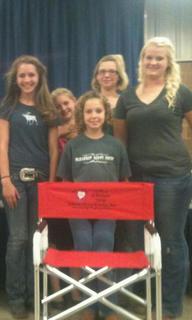 Then I found out that Juicy was a state Bellringer!  I got to have her professional portrait made to send in for the national contest. 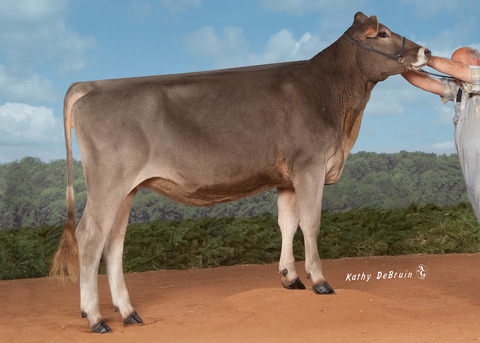 It was all one giant feeling of accomplishment!