Calf with a "Story" up for Auction March 16

When Mitch Breunig decided to donate a calf to the Professional Dairy Producers Foundation’s Live Auction, it was nothing short of the best. Jenny-Lou Million 2719 hails from the Lou and Toystory cow family, the well-known sires from Breunig’s Mystic Valley Dairy in Dane County, Wis.

Dairy producers can bid on the November Million calf at the Foundation’s auction on March 16, hosted at the Professional Dairy Producers of Wisconsin Business Conference. For those unable to attend the auction, proxy bidding is available by calling 800.947.7379 or emailing kbroesch@pdpw.org.

With the calf donation, Mitch wishes to pay tribute to his late father, Louis Breunig, who started the family farm in 1961 and nurtured Mitch’s passion for excellent cattle. Mitch and his mother, Jeannette, own the farm in partnership today. Mitch and his wife Jacquie have three children—Allison, Lauren and Brayden. His brother Marty and his wife Joleen, with their children Kayla and Kyle, also are active in the family dairy operation. Additionally, seven employees contribute to Mystic Valley Dairy.

Lou and Toystory daughters have topped sales across the country. Jenny-Lou Million’s Marsh dam recently scored VG-86 with an 88-point udder at three years, 2 months and is on the Holstein Association Locator List. Her Brett grandam, VG-86 GMD DOM has over 47,150M @ 2-11.The third dam is the well-known Patron Toyane, VG-89 GMD DOM, the dam of Toystory and Lou. Mystic Valley Dairy has earned a BAA rating of 105.2, which ranks 7th in the U.S. for herds over 300 cows.

Mitch’s own daughters are just beginning to show cattle themselves. Mitch wants young people to benefit from educational programs as he has in his dairy career to this point. He has coached 4-H dairy judging teams for the past ten years. In 2001, a team he coached won the national championship.

Funds raised for the Foundation go toward programs that help develop the dairy industry’s people and help maintain the public trust in our production practices. 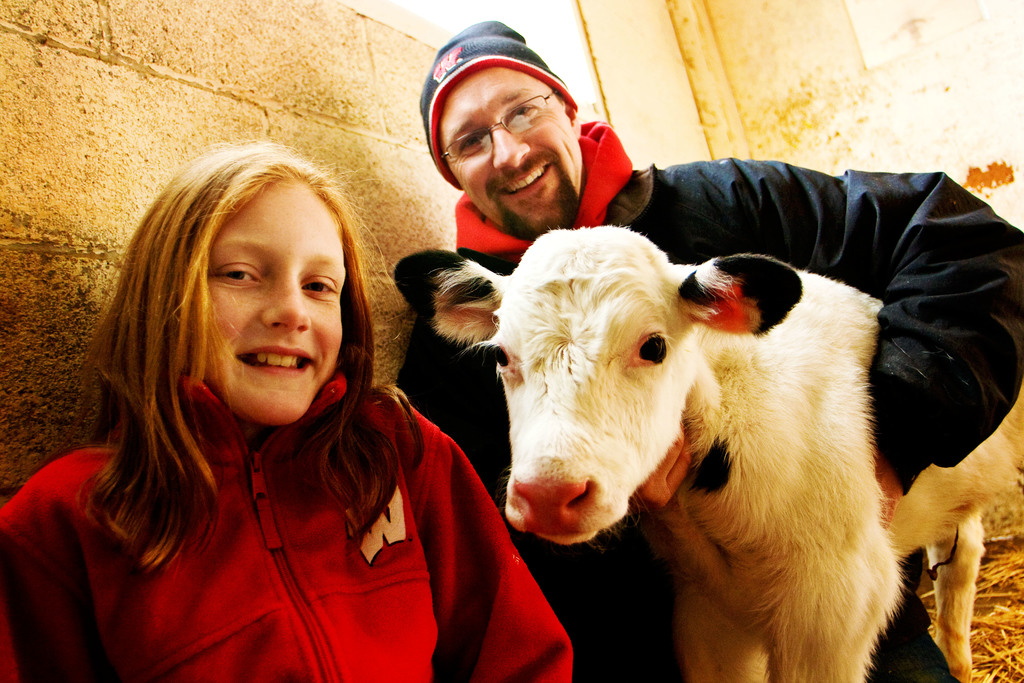 Mitch Breunig with his daughter Allison. Calf pedigree information is available from Mitch via email at mysticvalley@wildblue.net.