Back in November, I wrote about our new calf barn and the switch we made to automatic calf feeders. One important decision for us in the design of the new barn and putting the calves on the automatic feeders was that we would not have to transition them until they were 4 to 6 months old. .

In order to understand this, you first need to understand our calving situation. Years ago, before I was even in the picture, my husband and his father made the decision to that they were going to have two calving seasons. They did not like calving year round, and as they switched over to rotational grazing, the biseasonal calving fit right in. Unlike the typical dairy farm, we have 2 groups of cows. We call them the spring and fall group. The spring group starts calving the middle of March and finishes up the first part of June. Our fall group calves in from the end of August until the first part of December. This allows us to avoid not only the hottest and coldest months of the year; but also fair season, summer vacations, and the holidays.

You also need to know what our previous calf rearing system consisted of. The calves were housed in individual pens until 10 weeks of age. They were weaned around 8 weeks, but then kept separated for a couple more weeks so we could monitor their grain intake. At 10 weeks calves were then put into small groups of 3 to 4 animals for a week or two. Next step was a group of 12 to 15. At each stage the animals would be moved to a different environment. We would see setbacks in grain intake and respiratory issues were often a problem.

Due to our biseasonal calving, our goal was to keep the calves in group housing from birth until 4 to 6 months of age. We keep the first 40 heifers born, so as luck would hav 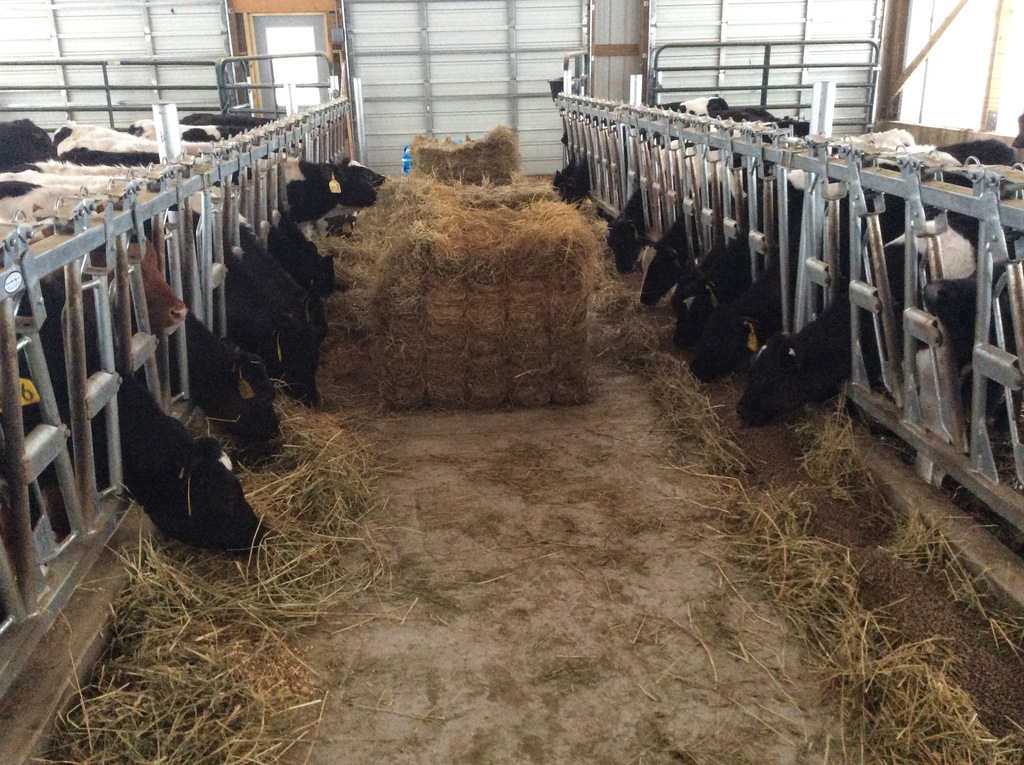 e it we were full by Halloween. Since the barn was fully operational in October we have witnessed a number of differences in our calves compared to our previous housing situation. Around December we removed the feeders hanging on gates and started feeding grain and hay in the feeding lane with head locks. They took to eating this way easily. We did have to raise the head locks after we realized that the calves would not get them to lock. By being able to lock them all in made vaccinating and halter breaking show animals much easier. With having them inside and easy to access the boys were able to halter break and work with potential show animals for a few months this winter. Now when we go to feed them in their current housing situation the boys are able to walk right up to them.

We have not seen any setbacks in grain intake and no respiratory issues as they transitioned out. Our calf nutritionist has also been closely monitoring their health and weight gain. All calves were weigh taped when they were born. Then at 3 various times throughout the fall and winter we ran them across the scale. On November 25, 2014 our average daily gain was 1.55 lbs. On December 29, 2014 it was 2.66 lbs. Just we before we moved them we weighed them again on February 11. Our final average daily gain ended up at 2.087 pounds. October had an average daily temperature of 50 degrees while November was only 30 degrees. Research has shown that for every 10 degree drop in temperature average daily gain drops by .2 pounds. Therefore, the calves born in October may not have been able to gain as much due to the weather. Our calf nutritionist also plugged our data into the Penn State Group Growth Monitor spreadsheet. By the average age of 1.7 months the calves were weighing on average 164.2 pounds. At the age of 2.6 months they were average 234.7 pounds. We are extremely happy with these results.

Even though calf health h 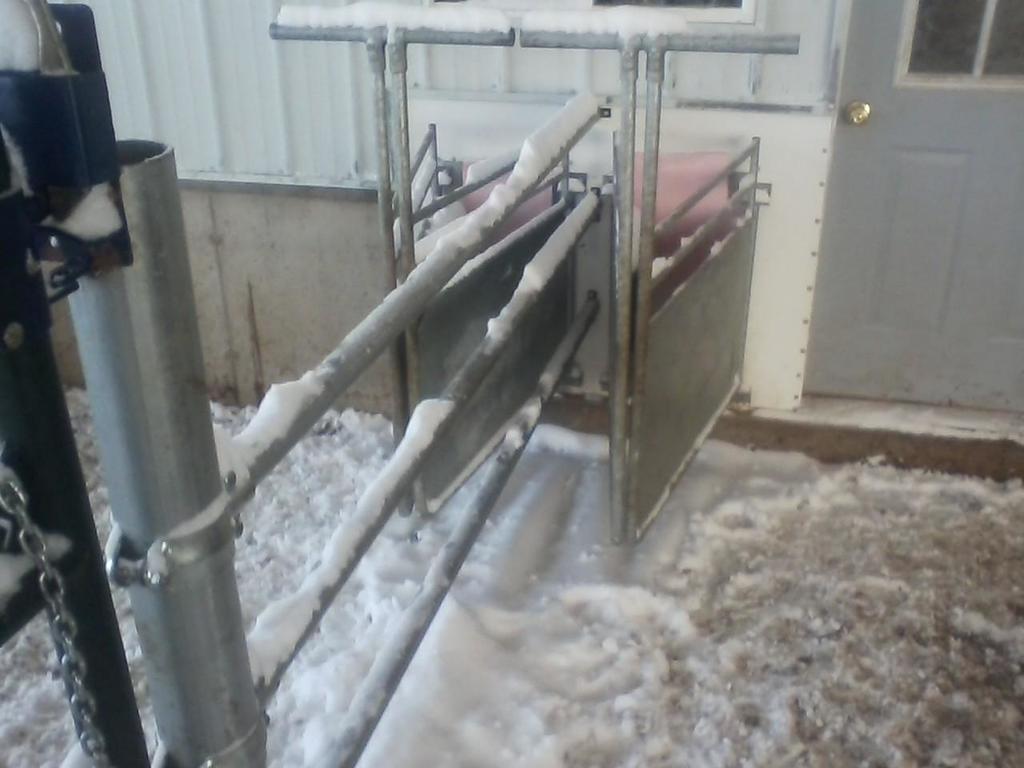 as proven to be good in the new barn, the first winter did offer its share of problems. The ridge opening faces south and has an overlap to prevent snow and rain from coming in, or at least it is supposed to. We did have a couple storms where when the wind swirled just right, it blew the snow in, right down the middle of the barn. There were feet where calves would stand to drink milk if they were on the feeder. Luckily, the feeders were shut down for the winter when this happened. We are talking with calf housing specialists and our contractor try to come up with a solution to this while still keep a gap for good air flow.

Other than the snow, there were not major issues the first winter. As I type we are eagerly awaiting the first calf for spring and can't wait to raise more calves in our facilities.