For you social media enthusiasts 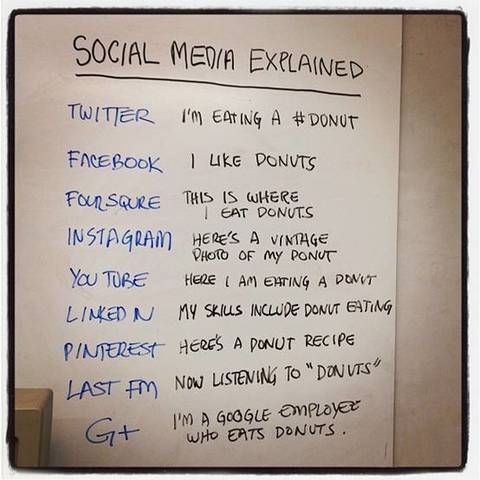 If you're an avid tweeter, Facebooker or some other "er" that deals with social media, you probably saw this graphic "Social media explained... with donuts" that made the Internet rounds in February and March.

Progressive Dairyman Editor Walt Cooley recently received an email from Angie Molkentin, a writer from Oconomowoc, Wisconsin, who has contributed several articles on milk marketing on behalf of Stewart-Peterson.

She said she had one important addition to the white board:

"PROUD TO DAIRY: HAVE SOME MILK WITH THAT DONUT!"