New York: The Big Apple of the Dairy Industry


The famous “I © NY” slogan was coined in the 1970s and can be found on t-shirts, hats, and stickers in stores across the state. What’s not to love about New York? There’s the bustling city of NYC, the historical venues like the Baseball Hall of Fame or Ellis Island, and an endless supply of our country’s tastiest apples. But even more impressive about the state is the strong and thriving dairy industry that we have come to know and love!

New York is one of the leading states in the country for milk production, consistently ranking in the Top 5 each year. In addition, milk is the state’s leading agricultural product, with sales accounting for one-half of total agricultural receipts. Wyoming County, located in western New York, tops the list as the highest producing county in the state. New York also contains four of the top 50 milk co-ops in the country. Dairylea Cooperative, Inc., located in Syracuse, NY, comes in at number five on the list and has over 2,000 member farms. Although not on the list, Hudson Valley Fresh is a not-for-profit dairy cooperative that includes nine family dairy farms in Dutchess County, NY. It may be a smaller co-op, but it is not without strong and passionate commitment from its producers!

Coon Brothers Farm in Amenia, NY and Tollgate Farm in Ancramdale, NY are both contributing members of Hudson Valley Fresh, and producers of high-quality, farm fresh milk. Coon Brothers milks over 350 Guernsey and Holstein cattle, and is owned and operated by David and Peter Coon and their families. They have won production awards on the state level, and hosted tours at their farm as part of the 2004 National Guernsey Convention. Tollgate Farm is owned by Jim & Karen Davenport and family, and is home to 75 registered Ayrshires and Holsteins. The farm has also received countless awards and has been recognized nationally by Agri-Mark for producing top quality milk. Both farms can also be found in the show ring exhibiting their home-bred cattle and garnering many blue ribbons along the way. As Jim Davenport states, “Being a part of Hudson Valley Fresh has supported our endeavors in producing high quality milk, which in turn leads to the cooperative marketing a high end product. It adds to the pay price that we receive in the end.” 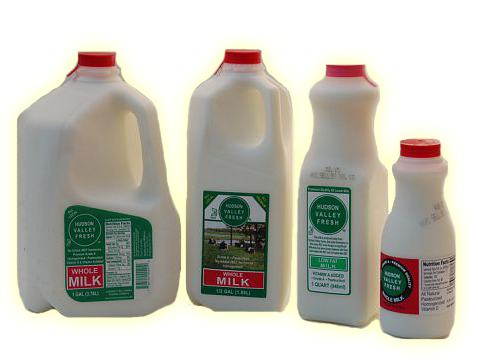 New York is also home to many great dairy cattle organizations for its members, including the New York State Holstein Association. The club was founded in the 1920s, and has one of the largest junior associations in the country with over 1,000 youth. Under the current leadership of Patsy Gifford, Executive Manager, the association has been able to attract new members and increase member participation. There are a host of well-known dairies that are active in the association, one of which is Ovaltop Holsteins located in Richfield Springs, NY.

Ovaltop Holsteins has been in the Wolfe family since the 1800s and was originally based in northern New Jersey. In 1977, Howard & Ginny Wolfe and sons Doug and Mike moved with the cattle to their current location in New York, and are the seventh generation to operate the farm. Presently, the Wolfe’s are milking 76 Holsteins and have over 180 young stock on the ground. In regards to their marketing program, Doug stated that “The use of Holstein World, the New York Holstein News, and the farm’s website have helped tremendously in increasing the awareness of Ovaltop’s cattle families and genetic lines.” Additionally, the farm pictures over twenty cattle a year and exhibits their cattle at the local, state, and national level, with over thirty years of participation at the New York State Fair. Doug has found that recognizing the strengths of the farm and focusing on them will lead to the greatest success down the road. With descendents from the Roxy, Lulu, and Blackrose families in the herd, and homebred favorites from the “J” family (Doug’s first 4-H project heifer), the genetic potential for Ovaltop is incredible. In regards to the future, the Wolfe’s plan to maintain the farm for many generations to come and look forward to what the future may hold, all the while maintaining a strong work ethic and positive attitude.

It can’t go without mentioning that New York has some of the leading colleges and universities in the country. There are SUNY schools such as Cobleskill and Morrisville that students with a dairy interest attend, as well as colleges such as Cornell University. Cornell is located in Ithaca, NY, a land-grant university with the thriving College of Agriculture and Life Sciences, and has the second largest dairy club in the country. The Cornell University Dairy Science Club (CUDS) has over 130 active members and participates in events such as the recently held NY Holstein Harvest Sale, international trips, philanthropy, fundraising, and alumni events. In addition, students participate on the judging team, dairy challenge team, and in many other clubs offered on campus. I may be a biased source when I say, “Go Big Red!”

Whether you have an interest in the dairy industry or simply agriculture in general, New York has something for everyone. Having lived in New York the past four years while attending school, I have come to learn how strong of a network dairy producers really have in the state. These farmers have an unwavering commitment to not only their profession but to each other as well. With this extensive support system and their passion for dairying, the New York dairy industry will be able to overcome the challenges our industry faces and prosper for years to come!