Two springs ago we converted our old bull barn, from when my grandfather contracted bulls, into a calf barn with mob feeders. Previously we were feeding about 60 calves in hutches and decided to make the switch only putting around $5000 into the conversion.

When we began this feeding system we were feeding acidified waste milk. We acidified the milk with acetic acid. To do this, the acid is diluted in water at a 10:1 water acid ratio. This solution is then mixed with the milk at a 15:1 dilution. After mixing the milk and solution, the tank of milk would sit for about 12 hours for the full bacteria killing effect was in place. The pH when it's all done is about 4.5. We carry milk in similar tanks to the one in the picture below. 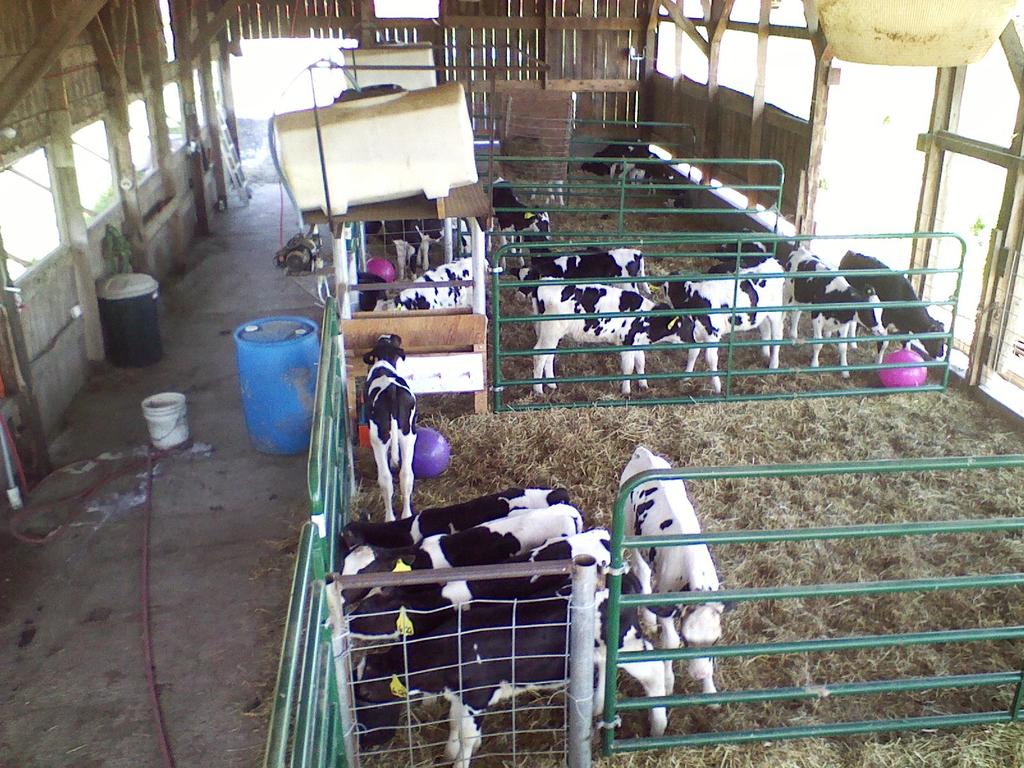 This picture was taken the first summer we began this system. Everyone asked what we were going to do until winter came so this is what happened! 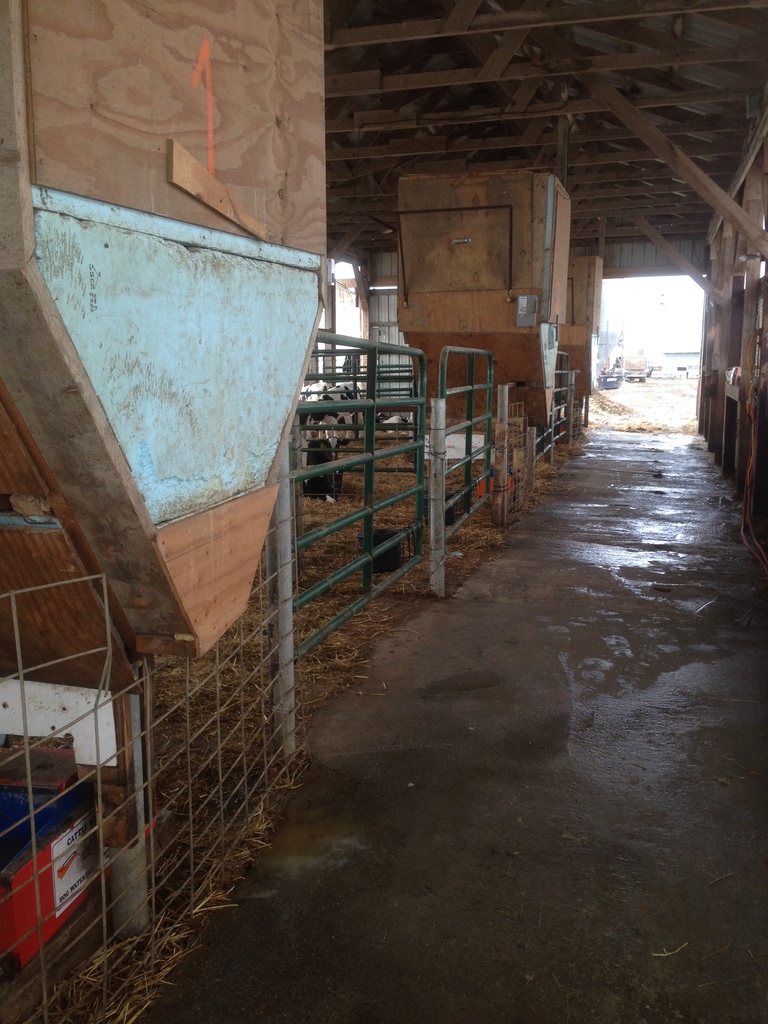 My grandfather built these heat boxes around the tanks to prevent freezing in the tubes.. a lot of ply wood and blue board. Inside the boxes are heaters all around the milk lines to prevent freezing. It works for the most part but the nipples will freeze solid. To thaw them we get a bucket of hot water and a 60 cc syringe to get through it. We use a submersible pump to move milk from our transport tank to the tanks above. 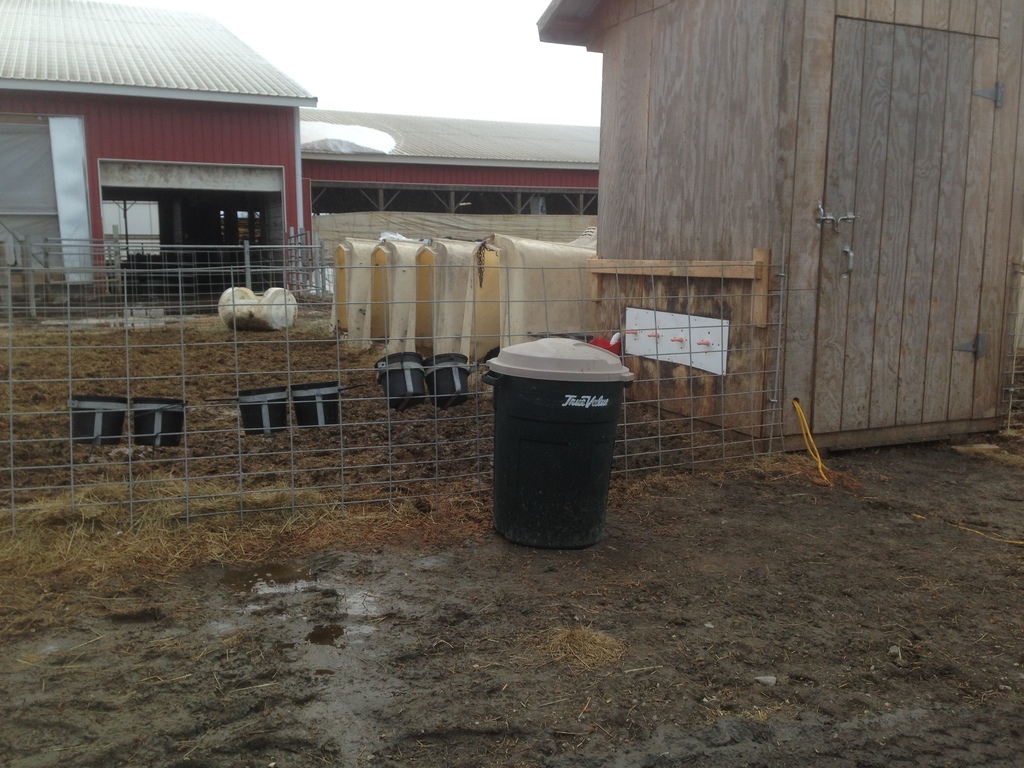 Inside the outhouse is the same tank with the gravity fed system. There is a group on either side of the structure and has provided a better environment for calves in the summer regarding respiratory issues. We added fans to the mob barn this summer to enhance ventilation and there are curtains on either side.

We switched to acidifying milk replacer after the first winter because of the amount of cows we were removing from the bulk tank, milk price/milk replacer price, consistency and reduced feeding time. As I said earlier, it took-acidified replacer but we're saving a couple bucks per bag doing it ourselves. With the two calf feeding areas we're able to feed 80 calves in the time it took to feed 40 hutch calves. Our daily gains improved immensely! We've had a few calves triple their birth weight by 2 months but most are over double. We typically wean to 8 weeks. Some are on milk longer or less than that time depending on their size. They all have free choice to water and grain. For the weaning process we shut off the nipple board to that group and shut the milk off during the night.

Thanks for sharing.  It's always interesting to see how people do things on their farms.  This is different but it works for you.