Jordan Kennedy of Butler, Pennsylvania, farms with his family at Four Seasons Farm. His girlfriend, Jessi Boldy, is a student at Indiana University of Pennsylvania, majoring in communications media. On March 2, the couple used the area's seemingly never-ending winter snow to create a snow cow sculpture. Kennedy says the creation took about four hours. The only tool used was a shovel to pile up the snow; the entire cow was sculpted by hand.

We asked the couple to provide some more information about the creation and the feedback their photos received:

Q. What made you want to build the snow cow?

BOLDY: We just made it for fun, and we thought the neighbors would like it.

KENNEDY: We chose to make a cow because we love cows and thought it would be something cool and different. We decided to name her Maggie Rose!

Q. What will you remember from the experience?

BOLDY: It was an interesting experience to try and keep three dogs from jumping on our snow cow!

KENNEDY: It was so cool to be able to go off of memory of how a real cow felt and looked, and then to feel and see that come to life.

Q. How long did it take for Maggie Rose to melt?

KENNEDY: The nose and ears fell off first, and as of March 15th, there was just a little pile left!

Q. Are you hoping Butler will see another snowstorm in March, or are you OK with waiting until next winter to build another snow creation?

KENNEDY: We had fun doing it, but we will probably just wait until next year to make another.

Q. You posted the photos of Maggie Rose March 10th, and they quickly went viral. Within just a few days, they had been shared more than 80 times. Were you expecting that?

KENNEDY: It was originally posted to show one of Jessi's family friends and ended up just taking off. We really didn't expect that kind of reaction!

BOLDY: I feel like everybody involved in the industry is like a big family and can appreciate each other's hard work.

Q. What makes you proud to be a part of the dairy industry?

KENNEDY: It makes me proud to be involved with people so passionate about what they do to help feed the world.  PTD 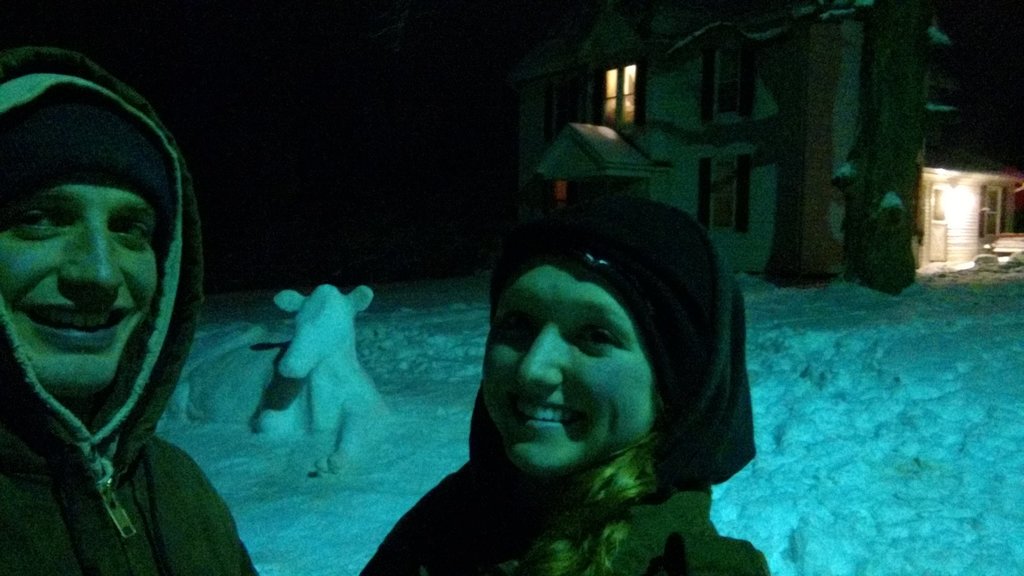