June 2013:  What has been your favorite dairy promotion? (Could be one that you have participated in, one that you attended and/or one that you read about and would like to try to do someday.) What did you like about it? 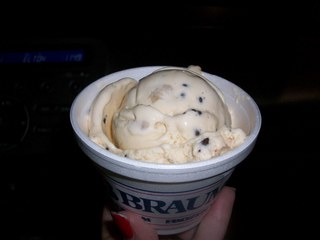 Oh, this one is an easy question!  THE FLAVOR FACE-OFF is definitely my favorite dairy promotion!   For those readers who don’t know, the Face-off happens each year during June, National Dairy Month.  People from the four regions of the United States nominate their favorite brand and flavor.  They promote it through Progressive Dairyman and Proud To Dairy and Facebook.  They get people to vote for their flavor, and the most votes wins.  The fun part is the promotion part.  I’m SO EXCITED to be a competitor this year!  I learned about it last year and voted.  I knew then that I wanted to be part of it this year.  So I waited all year, nominated Braum’s Chocolate-ChipCookie Dough Ice Cream, and I got selected!

Each year the promotion requirements are something different.  There’s a really cute video on the website from the first Face-off four years ago when people from the magazine held ice cream cone shaped masks in front of their faces.

Campaigning is getting REALLY high tech now.  This year contestants had to lip sync to a parody of Vanilla Ice’s “Ice Ice Baby” which is now “Ice Cream Baby”.  We had one month to get it filmed and uploaded. 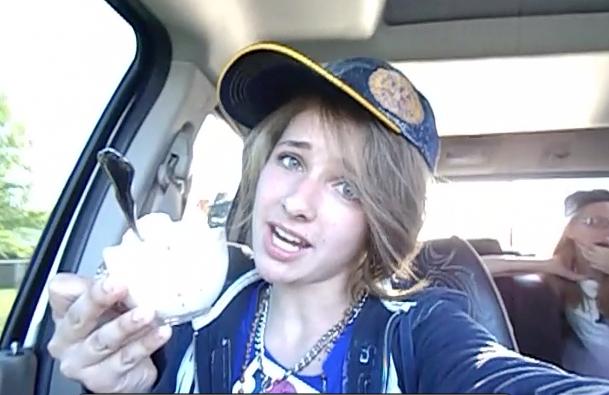 Since I'm an ice cream GANGSTER, I kidnapped two of my friends one afternoon, and they helped me dance and run around the country to film in different locations:  in the truck, in a yard, on a tractor, with my heifers, on my GrandDad’s Ranger, on round bales, and in front of the Braum’s sign.

We also had to answer some interview questions about who we are, our connection to dairy, and basically why people should vote for us and our flavors.  Then I started writing some promotional blog posts to put on the Proud To Dairy site.  I get kind of wound-up when I go after something.  I get kind of crazy.  You can tell that I'm an ice cream FANATIC by my answers, but even if you don't read my answers, you can tell by the look in my eye. 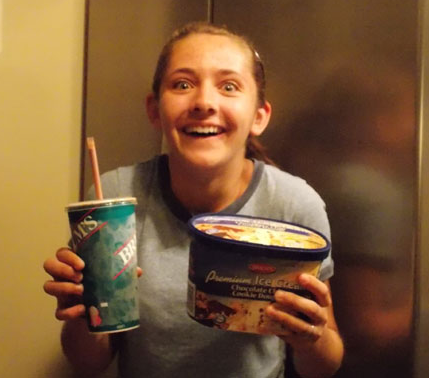 After I got the "Ice Cream Baby" video clips uploaded, I started on some movie parody videos.  Forest Gump was a perfect fit! 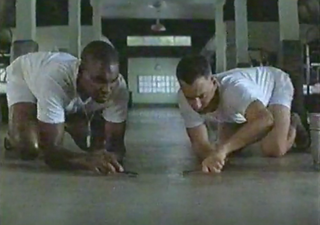 Then I made some contacts to my friends and asked them to vote.  After that I guess you could say that I went on the campaign trail.  I traveled/am traveling across the great state of Oklahoma to promote the Flavor Face-off at each of the state Dairy Field Days and ask for everyone to support me and Braum's Chocolate-Chip Cookie Dough Ice Cream.  I'm "shakin' hands and kissin' babies" trying to get as many votes as possible!  I'm sure it doesn't hurt to tell them that there will be weekly winners of VOTERS and in the end, one lucky VOTER will be given a $100 GIFT CARD!

If you are lucky enough to have access to a Braum's Ice Cream and Dairy Store, get in your car, go to Braum's and buy yourself a scoop of my favorite ice cream, taste the happiness, and you will know why I am such a CHOCOLATE CHIP COOKIE DOUGH ICE CREAM FANATIC!   If you truly love your family, bring them some home, too! 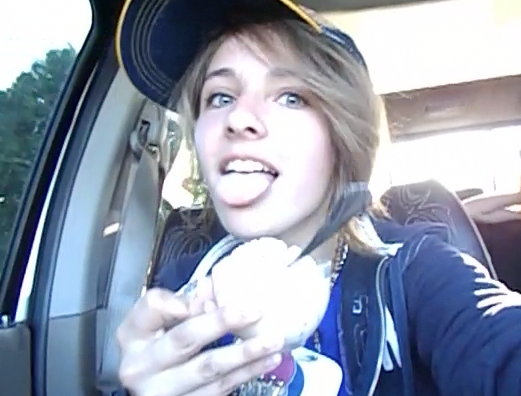 So get online, go to THE FLAVOR FACE-OFF and vote for me and BRAUM'S CHOCOLATE CHIP COOKIE DOUGH ICE CREAM!!!